I am going crazy over here missing some kind of exercise. I’ve lost the baby weight but I need some serious toning. There are several options I’ve been kicking around, but so far I haven’t taken any action on them. Here’s what’s going through my head. 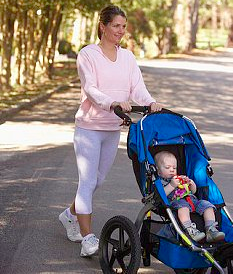 Walking
I could really walk around our block with the kids but it is already hitting 100 degrees here and I am a complete wuss about that. I would have to go very, very early in the morning, I think. 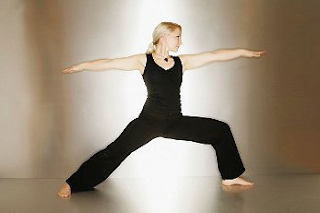 Yoga
Before kids and before marriage, I did a lot of power (vinyasa) yoga. In the year before we had Little Sir (2008) I was really getting back into yoga and enjoying it. I did yoga throughout my pregnancy with him, but becoming a full time working mom plus becoming pregnant again 6 months later… I haven’t done any yoga since giving birth to Little Sir nearly 20 months ago.

I really miss yoga but at this point the only way I could start back up is to take classes in a studio again – I just cannot get re-enthused using my at-home DVD’s. I would love to, and I have tried, but no… I need an instructor that gently kicks my butt. I bought a Groupon for 1 month unlimited yoga at a studio down the street and I’m really excited about it. However, at the current time Little Lady is STILL waking up every 2-3 hours and for some reason Little Sir is waking up too. I am averaging about 3-4 hours of sleep per night, with Little Lady’s last feeding being at 5AM. In order to take a 6AM class (which is my only option since I would need to take a class at a time when Christian can be at home with the kids), I would have to get up for the day at 5AM after only 2-3 hours of sleep. I am sorry, but I really need that 1 extra hour right now. I have tried doing yoga when exhausted and it is really not worth it.

So, yoga is pending Little Lady sleeping a few more hours at night. 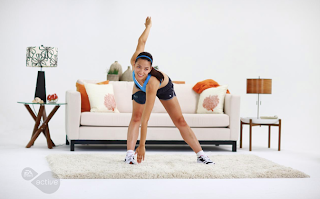 Wii
I have the Wii EA Active game and I really enjoyed doing that after Little Sir. This might be my best bet out of the 3. The bloggers I know who participate in the #NintendoEnthused program say that there is some way to hook up the game so that we could keep each other accountable by logging our workouts. I am not sure how that works but I would be willing to try. I think the main thing that has kept me from doing this option so far is that I would have to do it during the kids’ naps. Right now I’ve been using nap time to either nap myself or get some of my part-time work and/or blogging and/or housework done. I would have to give up one or more of those things. I am reluctant to do that.

I just need to put on my big girl panties and overcome some of these obstacles, don’t I?

3 thoughts on “I probably need to work out”