Every so often I like to give you a bulleted list of some recent “green” stories in the news and why half of the people are excited to hear about the news or study and the other half are super offended by it for some reason. DRAMA ENSUES. Almost 100% of the time, I am somewhere in the middle. I just figured that some of you might want to know what’s out there and read for yourselves. Just in case you aren’t already immersed in social media 24/7 like I am… 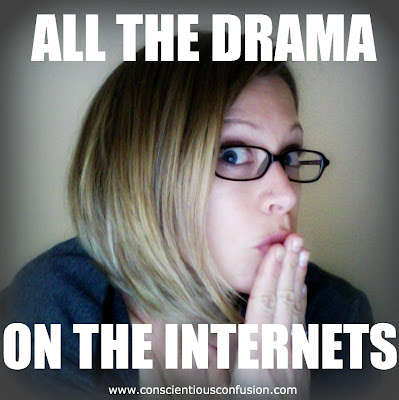 Rice found to contain arsenic – Kind of a followup to the story a while back about how brown rice syrup used in toddler formula contained arsenic – great article about arsenic in rice at that time by Anna at Green Talk. Now Consumer Reports has confirmed that there are really high levels of arsenic in both white and brown rices, and they say that we should definitely be limiting our intake. Which sucks because my kids love rice. Then CR said that well, what if you just rinse it? So I have no idea. My family is probably full of arsenic. Probably the only thing we can do is sign my friend Anna’s petition to the FDA to set limits on the arsenic levels allowed in rice.

BPA connected to obesity in white children – I don’t think anyone in the “green” community is surprised that BPA exposure continues to turn up more and more negative effects. What I find depressing about this study is that even after all the evidence we have about the dangers of BPA, it has still not been banned in the U.S. And there are some arguments that the replacement chemicals in lieu of BPA are even worse than BPA because they are relatively untested. Companies wishing to ingratiate themselves to green-minded consumers removed BPA but substituted pretty much any random chemical they could find in their products just so they could slap “BPA free” on the label. For myself, I get discouraged at the slow process of banning such a damaging chemical, because it makes me worry how long it is going to take to remove other dangerous chemicals like phthalates. Are we going to have to go through this 10 year process of arguing whether or not every single chemical is “dangerous enough” before we stop marinating ourselves and our children in chemicals??

EWG releases “Green Cleaning Guide” – The same non-profit organization that provides us the Skin Deep Cosmetics database finally released a guide to cleaning products that rates them based on toxicity. At first, everyone was like, “Hooray! Now we have a definitive guide!”. But now, all the green folks are all, “Hey, this guide is crappy because conventional (not “green”) companies are getting good scores!”. I think I have mentioned before how I feel about the EWG’s rating system. I actually don’t agree with their assessment on many of the cosmetics products, because they tend to assign ratings to products which also get the label “not enough data to determine”. If you don’t have enough data, don’t assign a rating! On the other hand, if a conventional company makes a product that has fewer toxins than, say, Seventh Generation — great! I am glad! I am not going to get mad because a big company “wins”. It’s a win for everyone if all companies remove more toxins from their products. I’m not going to be elitist about it, I just want the freaking chemicals gone, people. On a side note, I am making more and more of my cleaning products from essential oils, vinegar, and baking soda so this guide applies to me a lot less.

There you have it, now you’re up to date on everything that I know for the moment. I’m sure by the time I hit “publish” there will be all new drama, and I’ll be back with another update when there is!

2 thoughts on “All the Drama on the Internets Episode #3”