Almost a year ago (March 2010), I nervously visited the Aveda Institute of Dallas for the first time. Since then, I’ve gone back regularly for all my haircuts and still continue to have a great experience with haircuts. At $15, it’s a great deal, and they use natural products.

I think I’ve seen about 4 different students. Typically, when you book your first appointment they will attempt to continue to book you with the same student until that student graduates. Since I get my hair cut about every 6 weeks, I have only seen the same student 2 times before each one graduates. Sometimes my schedule hasn’t meshed with theirs for the next appointment so I end up being moved to a different student regardless. Remember that if you book a haircut with Aveda Institute, you need to allow at least 2 hours for the experience, because they have to involve their instructor in the process. I book my appointments on weekends when Christian can watch Little Sir for me. I’ve tried going on my lunch break from work during the week, but it just takes too long.
Aveda Institute haircut score: A

I was so happy with my haircut experiences that I have tried a pedicure and a bikini wax at Aveda Institute since then.

I’d never had an Aveda pedicure, but apparently Aveda’s pedicure philosophy is to avoid metal products in contact with the cuticle of your nail bed, so the cuticle is not trimmed, only pushed back and treated using their Cuticle Control creme. Their products for foot exfoliation are also very gentle (as are all their products). It was a very relaxing treatment and the student was very professional, but I think my poor feet actually need cuticle trimming and a little bit more strenuous exfoliation sometimes. Also, you do have to use Aveda’s nail polish – you cannot bring your own as at some salons. I like to bring my own so that I can make sure I am using phthalate-free nail polish. I am almost positive that Aveda’s nail polish does not use phthalates, although I cannot verify that online.
Aveda Institute pedicure score: B+ 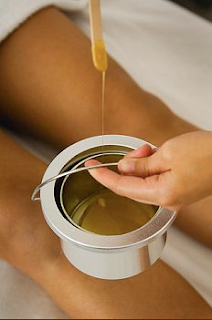 Most recently, I scheduled a bikini wax at the Aveda Institute. Usually, I make my own body sugar and do my own waxing, but when I am pregnant I have to go to a professional. During my pregnancy with Little Sir, I went to Spa Habitat of Dallas and had a great experience. When I went to the Aveda Institute spa for a bikini wax, I was not impressed. Having had to learn how to wax myself, and having had a professional wax several times, I know a few things about the best way to do it. The student had a lot of trouble, mostly because she waited too long after putting the wax on my skin to apply the strip. You have to apply the strip IMMEDIATELY after the wax and pull off quickly, in the opposite direction of the hair growth. She waited until the wax had almost completely cooled before applying the strip – that is not going to allow the strip to have any adhesive ability, which is needed to remove the hair. She also did not pull off quickly enough, and not in the opposite direction of the hair growth. I wanted to tell her this but I felt awkward about telling her what to do, since she was supposed to be the professional.

Because I was 7 months pregnant at the time, I really couldn’t see what she was doing at all. When she finished, she let me get dressed and the supervisor came in and asked me how it was. I said it was OK because I could not really tell – um, I cannot see down there without a mirror. No mirror was provided, and it did not occur to me to ask for one. When I got home, though, I did look. I was annoyed to notice that not only did she leave most of the wax ALL OVER ME, but really none of the hair was gone. I suppose she probably removed some hair, but hardly enough to make a noticeable difference – it did not look like I had been waxed at all. Did she not notice this? Did she realize that waxing should leave skin smooth? That seems really weird to me.  I called the institute back but unfortunately, in order for me to have the waxing redone, I would have to see the same student – I couldn’t just have someone else fix it. The students’ scheduled hours did not match any of my availability, so I was unable to get it fixed.

Overall, I was disappointed in my waxing experience and frustrated that I will have to pay a real professional to do it now, so I will have paid for it twice. However, I have to say that I should have expected the inexperience from a student. Waxing is really probably not something I should have allowed a student to do.
Aveda Institute waxing score: F

I would still recommend Aveda Institute as a great way to get a discount on personal treatments, and I continue to go back for haircuts! I would recommend leaving the waxing up to a professional spa.