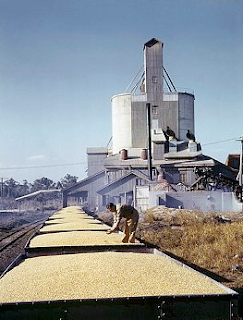 In my post about all the drama in the blogosphere lately, I mentioned the big ol’ ruckus that is going on right now with the Corn Refiner’s Association and their wooing of bloggers to try to take away the stigma against high fructose corn syrup (HFCS). A blogger for whom I have the greatest respect (and was able to meet at BlogHer2010!), The EcoChic, asked me to go into a little more detail about HFCS.

I’ve done a little research to list some links to articles and studies in support of the following facts about high fructose corn syrup. As you can tell, I have NOT been talking to the Corn Refiner’s Association.

There are the facts that I have. If I had to pick one link for you to click, I would suggest that you listen to this NPR report, which provides a great summary.

As you know, I am not as much of an activist as I am a conscientious consumer. I can tell you what I choose to do for our family, but honestly I will leave it up to you to decide whether you feel convicted to change your behavior or not – in this and in nearly any other area that I cover in this blog.

I do avoid HFCS in pretty much all products we buy. However, there are times when I choose to allow it in, say for the occasional Halloween snack, or when I crave a specific thing during pregnancy. But I don’t buy a huge box of something containing HFCS. If I can buy a single serving, eat it once, and not having it hanging around as temptation, that is what I will do.

What do you do? Do you have the same concerns?