Little Sir’s 1 year birthday is coming up at the end of October! Sometimes that seems far away, but I realize that if I need to go ahead and send out invites, it really isn’t that far!

I have seen a lot of people blog nostalgically about their babies turning a year older. I understand that, because he is such a big boy already, it’s amazing! However, I have to admit that I don’t really feel all that nostalgic about it. I don’t really mourn the passing of his infancy. The truth is, he’s a lot more fun the older he gets. Sure, infants are easy to handle because they can’t really move. And they don’t cry very loudly. But they also don’t respond that much. They can’t smile for several months and they can’t laugh until much later, and there are none of the funny facial expressions and hand gestures. I actually enjoy each new phase of development because I feel like we get to know Little Sir better and better.

So, I am looking forward to the walking and the real talking and all kinds of fun things that are coming up! 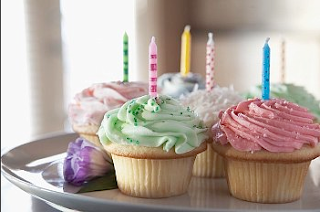 Some things I have been contemplating regarding the party…

Those are my thoughts for now… thanks for reading even when it gets boring!