How to build blog traffic conscientiously without too many advertise-y promotions and without supporting companies who I do not believe to be socially responsible? It’s been a challenge and a conundrum. What I need are better “numbers”. Without these magical scores of readers, I supposedly cannot approach advertisers. Google AdWords won’t even respond to my request to be an affiliate.

I’ve been around in the blogosphere long enough to know what makes the numbers soar: controversy. The Mommy Wars. Saying something inflammatory about breastfeeding, formula feeding, staying-at-home or working moms, spanking or not spanking, raising religious or non-religious kids, or making some kind of highly opinionated political statement.

I hate that stuff. I hate reading it and I refuse to respond to it. Sometimes I feel like a moron for not participating in something that would probably help my writing career, but let me explain. 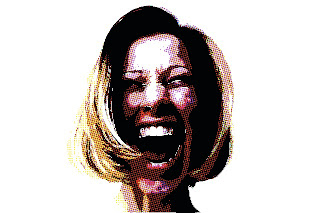 We’re not all coming from the same place.
Not all of us believe the same basic tenets. I believe in God and the Bible, but not everyone does. Why would I expect an atheist to follow the philosophies in my literature of faith? Some of us have personal faith in God, some of us do not. Some of us are politically liberal, and some are conservative. Some of us have kids and some don’t. Some have more money than others. All of us were raised in different ways in our families of origin, and in hugely different geographical and social contexts. This means we are not looking through any issue through the same lens. So when we blast out a blanket statement detailing exactly what someone else should or should not believe, feel, or do — we aren’t even coming from the same place.

We don’t all have the same kids.
And, like I said, we don’t even all have children. Yet we all think we can weigh in on discipline, breastfeeding, or how someone else’s kids should be educated? You don’t feed your child dairy or gluten – great! But my child refuses to eat meat of any kind, so we have to use dairy and gluten to get some food into him. Your child loves co-sleeping so you feel like it’s the answer to all our sleep problems, but both my kids HATE sleeping with anyone else in the room. Different kids, different solutions. Pointless to argue.


We can’t use our faith to dictate others’ behaviors.
While I’m at it, even those of us within the same faith are caught up in foolish arguments about things that don’t matter.  I am talking to you, Christians who flame each other on discussion boards. Just this week, I was reading 2 Timothy where Paul admonished Timothy three separate times not to get involved in foolish arguments with others of the same faith. Since the Bible is my literature of faith, I’m going to take that as permission (and even justification) for not getting involved in some of these ridiculous Mommy wars online.

Obviously, I am not discouraging open and honest discussion. I love it when I post a problem I’m having with my kids and I get a bunch of wildly different suggestions from my readers and friends. It’s eye-opening and helpful. I think that is an example of how we should be using our online platforms. We should be supporting each other, offering helpful advice, shining a light on things that need to be changed in our society, but taking ourselves a little less seriously. If I don’t take your suggestion in raising my children or I don’t agree with your political opinion, that’s OK. It doesn’t mean I think your opinions are dumb. It doesn’t mean we need to get in a huge Facebook argument.

That’s my rant about… ranting. So where are we in relation to my blog? Well, I guess we’re probably the same place we’ve always been. I won’t be blasting out some kind of controversy for my 5 minutes of internet fame. We’ll just keep plugging along together, learning about living more conscientiously. Are you with me?

One thought on “It’s my problem-free philosophy”